THE ART OF THE MYSTIC Otto Rapp

The following is an essay from the exhibition catalogue The Art Of The Mystic, 16th June to 17th July 1994, written by Elizabeth M. Ginn, Director/Curator The Prairie Art Gallery, Grande Prairie, Alberta.

The Art of the Mystic 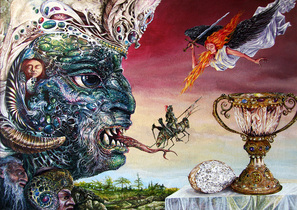 Revelation 20
Born in Felixdorf, Austria in 1944 and immigrating to Canada twentyfive years ago, Otto Rapp completed his art education at the University of Lethbridge in 1982. Prior to this he studued in Vienna. Since 1974, Otto's work has been exhibited extensively in Alberta and is in numerous public and private collections, including the Alberta Foundation for the Arts, The World Print Council in San Francisco and the Nickle Arts Museum in Calgary. His work has been reviewed in a variety of publications in Alberta, including The Calgary Herald, the Alberta Report, Alberta Culture - Visual Arts Newsletter, and the Toronto publication Canadian Artists In Exhibition 72-73.
The recipient of awards for scholastic achievement and academic involvement, Otto has been involved in the arts in Alberta as an instructor, curator, studio technician and artist for the twentyfive years that he has been in Canada. 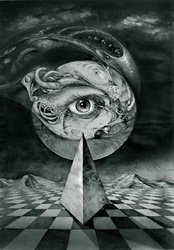 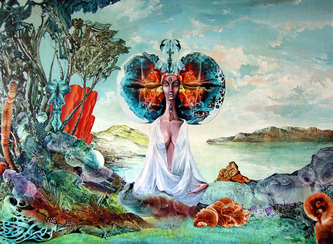